The Tourist in Prague 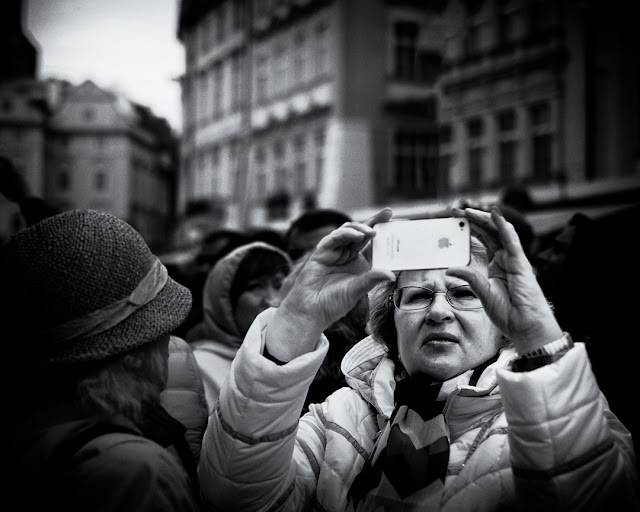 We were in Prague in 2013 when I shot a picture of this unsuspecting tourist.  I think the Astronomical Clock in the middle of the Old Town Square had begun to set its motion, and people wanted to capture that moment with their cameras - mostly with smart phones.  In this case, the lady was using her iPhone.  At that time, the iPhone had evolved to better versions.  Its camera was quite handy in documenting ones travel experience.

Taken with my Fujifilm X-Pro1 and converted to black and white using the Film Noir template of the Nik Silver Efex Pro.  I thought that the monochrome rendition would go well with this scene.  It reminds me of the vintage photos found in 60s magazines.  So in a sense, it's very retro.  The vibe is 60s style with a twist of 21st century technology - notably the smart phone.