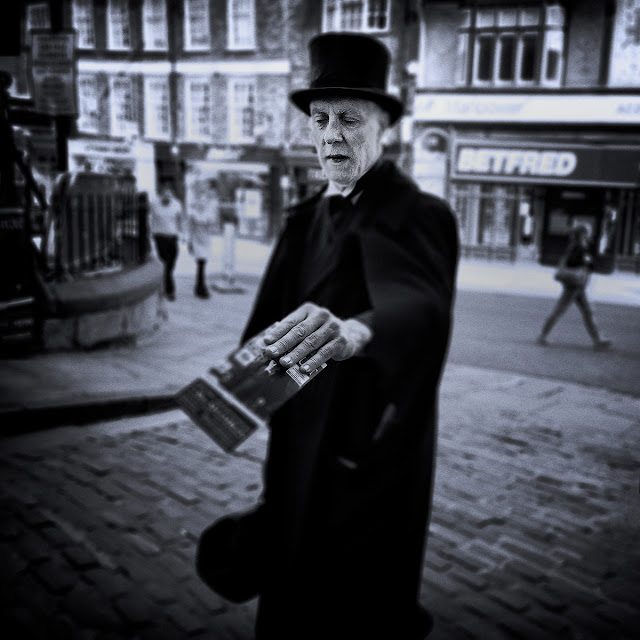 Dr Shambles.  A rather spooky kind of ashen skinned character.  He is seen carrying a doctor's kit bag.  Who knows what could be inside.  But mostly likely just brochures and flyers.  Yet he would like you to think that they are surgical tools for cutting and fishing human organs.  At times he tries to scare people on the street by stalking them like Mr Hyde or some old funeral bloke.

He is probably the hardest working man in York, England.  He would peddle his brochures around the city in the hope that people would watch his show Shambles.  Kind of reminds me of my music gigging days when I would print my own flyers to promote my show.  A lot of hard work.  I have handed out countless flyers but disappointingly only a handful would show up.  I was glad I wasn't doing that for a living but just as a passionate hobby.