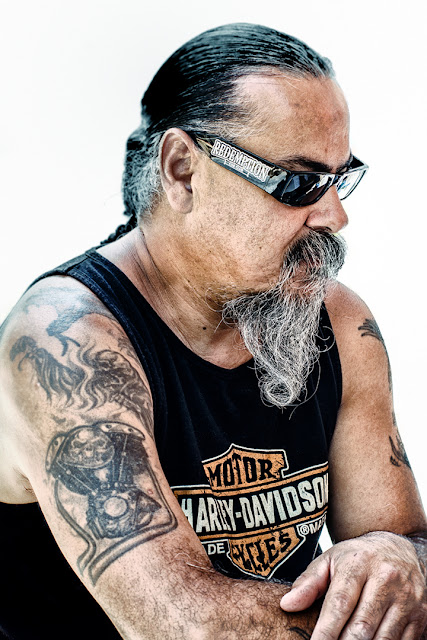 He's the true Old Man Geezer.  Wit's solid as a rock.  Heart as soft as clay.  He'll watch your back no matter what it takes. He' a rock persona idol.  He's a Redemption Biker.  Taken in 2012 at the Chalk Walk Fest at Old Pasadena.  The dude was sitting next to his little daughter who was participating in a children's version of the chalk fest.