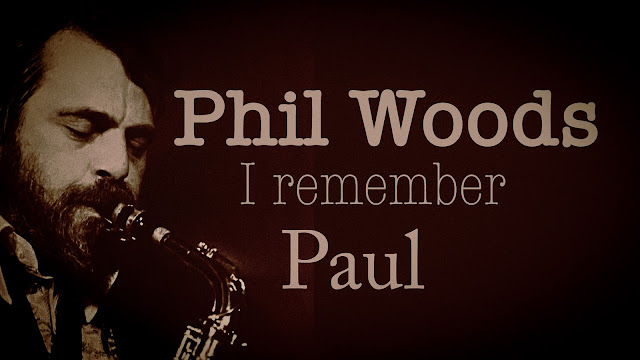 "Buy, buy, says the sign in the shop window; Why, why, says the junk in the yard." - Paul McCartney

From the 1979 vinyl LP “I Remember”.  The album is a collection of original compositions dedicated to the memory of just a few of the musicians who have been an important part of Phil’s life. (liner note)

All compositions by Phil Woods

Perhaps Phil Woods's best known recorded work as a sideman is  Billy Joel's 1977 song "Just the Way You Are".  He also played the alto sax solo on Steely Dan's "Doctor Wu" from their 1975 album Katy Lied, as well as Paul Simon's "Have a Good Time" from the 1975 album Still Crazy After All These Years.