8 no 9 Reasons Why This Image Failed 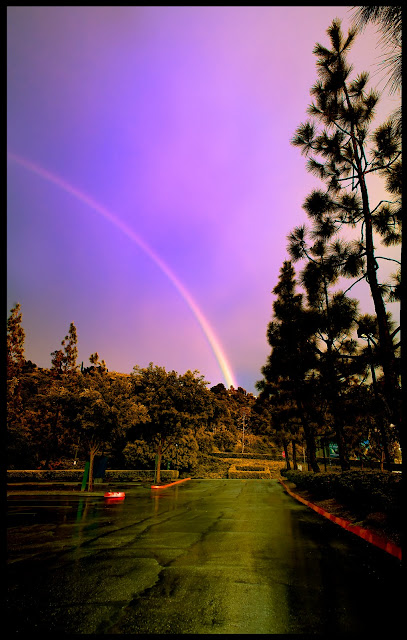 Going home last night, I was able to take this shot at the office parking lot. It fails for a number of reasons:

Featured Comments (for the benefit of others to know and for pursuing a shameless self-promotion):

What is this "I SHOULDS" ??? Its Friday and you should be prepared and be glad. Anyway, where's the rainbow?? - Sister L

Yea, it’s Friday and I was instructed to work tomorrow. I really hate my new job. I will kill myself tonight. Just kidding about killing myself. I may kill somebody instead. I’m not kidding about hating my job. - Rob

If this is a botched shot, I can’t wait to see your masterpiece. This is amazing, as usual. How did you get such a great shot of the lot without any cars getting in your way??? That’s great. - Rachel

Rachel, this place is close to where the Earthquake hit big. The tsunami washed out all the cars. Just kidding.- Rob

Wow I couldn’t come up with 8 reasons why the image failed. It looks great to me. The sky is a bit unbelievable but still stunning. I think it’s pretty amazing that you don’t see any parked cars around so that’s a good thing. Someone sent me two shots of yesterday’s rainbow that they took from their phone and they look nothing like yours, so that’s a good thing. The green on the pavement almost looks like grass which makes it seem as if the moment is somewhere in between reality and fantasy. The cracks on the pavement almost look like small mounds of grass. I think I’m going to forward your pic to the person who sent me their pic. They said they wished they had a better camera when the caught the rainbow. - L

My colleagues saw the beautiful rainbow last night (it was a full one). I was going to ask you if you saw it and possibly got a shot – you didn’t surprise me when I saw this. [p.s. Your image did not fail.] - j

Wow! Glad you decided not to go back to your car for the tripod! That shot is fantastic, great job. You really are incredibly talented, you know?!!!! - P
Email ThisBlogThis!Share to TwitterShare to FacebookShare to Pinterest
Labels: 24mm EF f2.8, canon 5d, shameless self-promotion, suburb
Newer Post Older Post Home