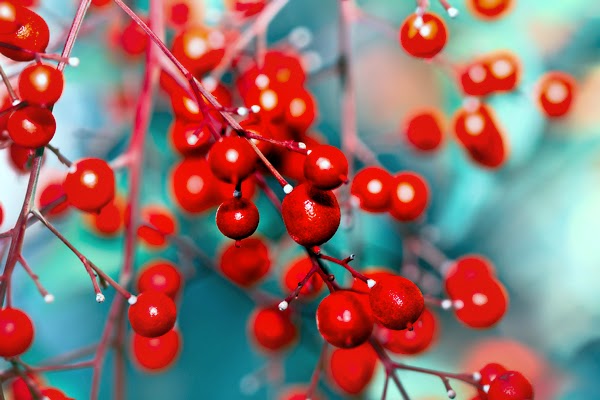 On to a salubrious winter solstice.  Did it come later than usual this year?

Somewhere in the Masonic part of the world, sub-cultural groups of Wiccans and sun worshippers are still engaged in Macarena dancing as part of the celebratory ritual associated with the solstice.  Meanwhile, unbeknownst to them, the Stepford wives have systematically invaded their houses so they can replace their children with their own kind.  Their androgynous husbands have planted Heavenly Bamboos such as the one on the picture -- but really each one is inserted with a cleverly disguised antenna so their children could effectively report everything that is happening inside the house.

Hope you are enjoying this day.