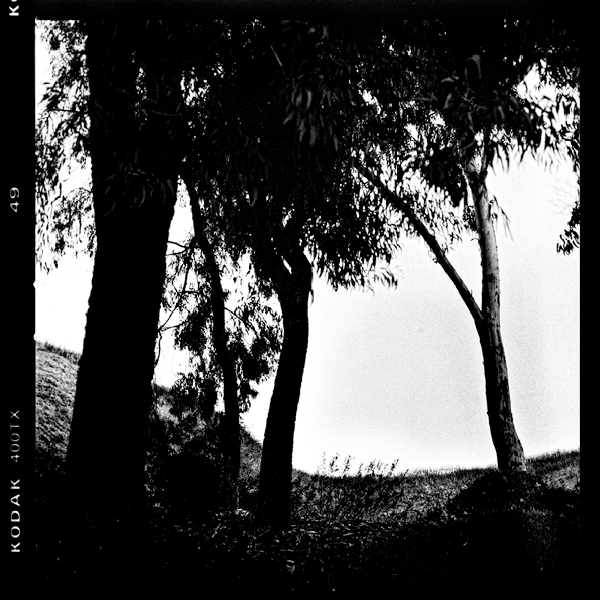 This image I think is not bad but appears quiche.  Kind of reminds me of the pop  B&W book covers in the late 60s when colored covers were very expensive.  Possibly one that Rod McKuen would have used (did I just hear "yuck"?).  If you don't know his highly sentimentalized works, you are probably too young or too stoned back then to remember.  He was one of the forgotten heroes on my generation.  Wrote poems and songs.  People either liked him or hated him because of his anti-intellectual ambivalence.

Presuming you've read this far, this commentary will not be one of those inspirational musings that you may have received at the end of the year.  No, it is what it is... because I choose to -- being a rebel and a free spirit that I am.  So I'm throwing away all the profound sayings in the bath water... at least for now. They seem self-aggrandizing, and doesn't serve any other purpose.

So why this image?  If it's not inspiring, so what?  I chose this image to be my last post for the year partly because I don't want to undermine the mundane uneventful events of the year, which I believe we ought to be thankful for.  They were uneventful for some good reasons.  Consider the alternative; it could have been worse, huh?  I hope I could get that message across at the pain of disappointing you about my art.  (I refuse to accept that art is only about the beauty of things.)  Perhaps for now I am without shame about sharing the other side of being an artist -- one of the many mere mortals easily susceptible to failures.  But to paraphrase Nietzsche, "that which did not kill me only made me stronger."  So I raise my glass... cheers to 2011, the good and the bad... cheers to 2012.

Have a great weekend and a safe New Year.  I'm moving on, so should you.  Cheers. - R

Editor's note:  My inscrutable penchant -- I was using the word "quiche" to mean cheesy.  McKuen is forgotten for A Boy Named Charlie Brown and the theme from The Prime of Miss Jean Brodie (a classic movie I think but would not be understood by today's generation).  McKuen's poems were popular among bourgeois college girls in the Philippines when I was growing up.

Techie Notes:  My first roll from the Hasselblad came out botched.  I think I may have agitated the chemical erratically during developing because ghost-like cloud stains appeared on the top left area of every shots, and I know I didn't shoot any clouds.  Some shots had more conspicuous stains than others.

On the more noticeable ones, I was able to remove those stains by burning that area during post processing.  To make the burned area look natural, I have to apply a bit of burning on other areas to even it out.  I ended up with a high key look -- such as this one.  I've lost most of the highlights on the left tree but I was still able to retain some on the grass.  I have another roll waiting to be developed from the Hasselblad.  I hope I'll get it right the next time around.  Then I could write about the heady days of Manson (the actress -- not the singer).