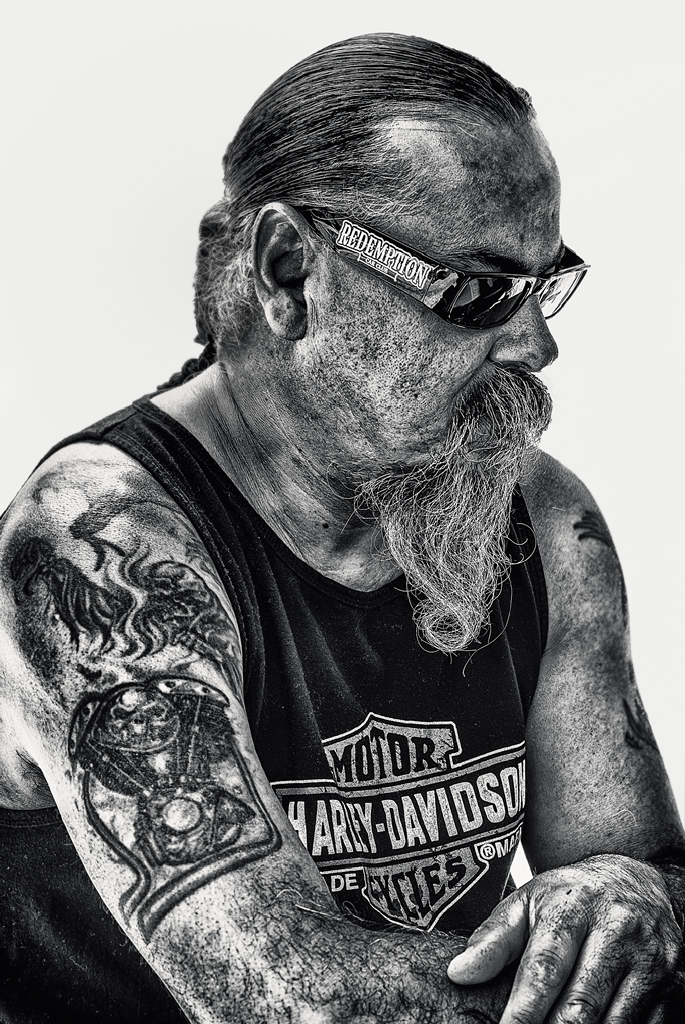 He's the true Old Man Geezer.  Wits solid as a rock.  Heart as soft as clay.  He'll watch your back no matter what it takes. He' a rock persona idol.  He's a Redemption Biker.

This portrait would have made it in my book Street Encounters but missed it by a few days.  It'll have to go in the expanded version of the book.  Taken at the Chalk Walk Fest at Old Pasadena.  The dude was sitting next to his little daughter who was participating in a children's version of the chalk fest.

I'm still putting a plug for the book Street Encounters in case anyone you know is interested. Here's what it looks inside.