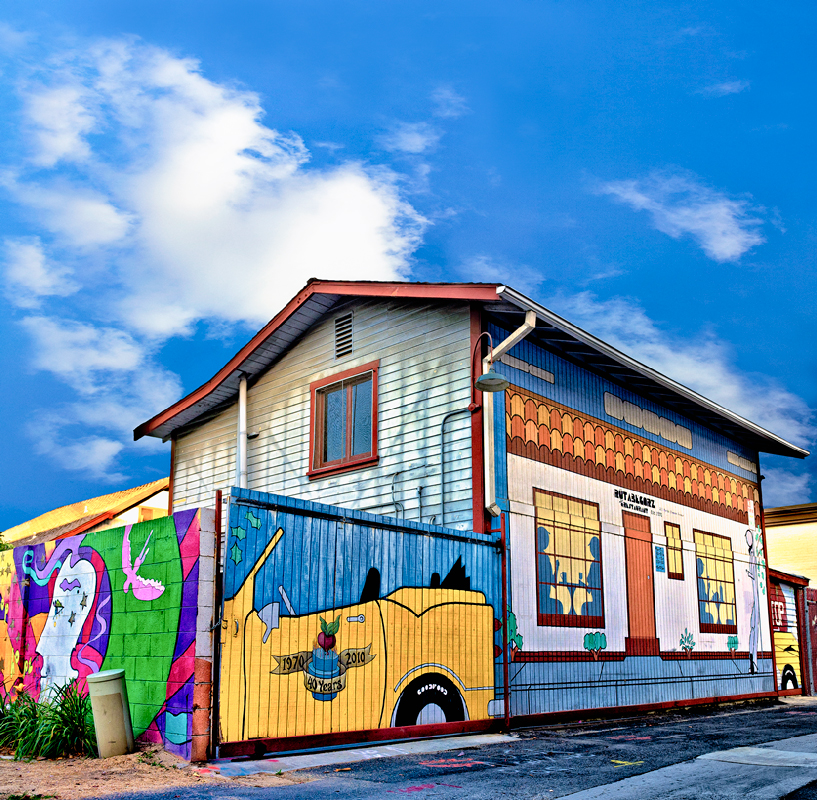 Legend has it that when the Beatles came over to California they stayed at this house to write stuff that would be the materials for the Yellow Submarine album.  George cooked Bariani rice and served raw onions to John who was allergic to onions.  John hallucinated and claimed that the food would become the inspiration to his song Glass Onion.  The house land lords kept a feisty bulldog named Jude who followed Paul wherever we went.  On one occasion the bulldog ate Paul's journal.  Seeing his journal turning into dog jerky, Paul shouted "Hey Jude!"  The bulldog ran back and bumped into George precious guitar, which fell and broke into several pieces.  George wept and decided he would pay a tribute to his guitar by writing about it.  Ringo only stayed for one night and went back to England because he missed his Octopus Garden.  Legend has it.