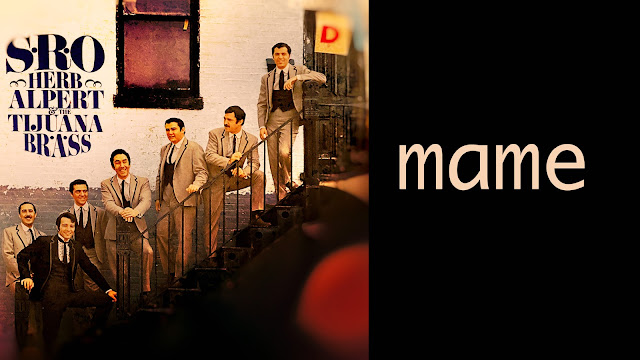 "Frustra nititur qui non innititur." (Dependent spirits are the wisest and ablest.) - Richard Sibbes Released 1966, SRO was the seventh album by Herb Alpert and the Tijuana Brass, and it performed about as well as most of its predecessors, reaching #2 on the U.S. album charts, helped by three singles: “The Work Song,” “Flamingo,” and “Mame.” By late 1966, it seemed as if every TV commercial and every pop arranger had latched onto the Herb Alpert “Ameriachi” sound — at which point the resourceful originator of that sound began to pare it down and loosen it up a bit. S.R.O. (Standing Room Only), referring to the Tijuana Brass’ string of sold-out concerts, is an accurate title, for this LP is about a seven-piece band loaded with experienced jazzers who groove and swing together to a greater degree than on their previous albums. Sure, the arrangements are very tightly knit and don’t allow much room for spontaneity, but they still sound fresh and uninhibited, and Alpert often allows the flavor of jazz to come through more clearly. (All Music Review, https://www.allmusic.com/album/sro-mw0000207867 ) Arranged By – Herb Alpert Bass Guitar – Pat Senatore Design – Peter Whorf Graphics Drums – Nick Ceroli Engineer – Larry Levine Guitar – John Pisano Leader [Band] – Herb Alpert Liner Notes – Chuck Champlin Photography By [Cover] – George Jerman Piano – Lou Pagani Producer – Herb Alpert, Jerry Moss Trombone – Bob Edmondson Trumpet – Tonni Kalash I do not own the copyright to the music, the recording and the photos. (Image post and video art were appropriated from the original album.) This video is posted for educational use under Section 17 U.S. Code § 107. Limitations on exclusive rights: Fair use. As much as possible, I attempted to remove most of the pops and crackles from the original vinyl album. Hope you enjoy. INXDS. #latinjazz #jazz #vinylrecord #quoteoftheday : :