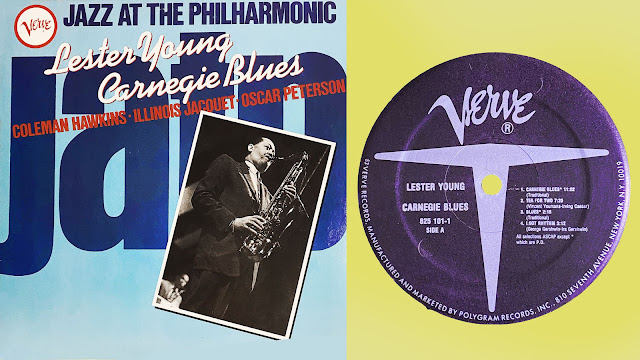 "Ignis, quo magis lutet, eo minus fumat." (As fire gives more light, it gives less smoke.) - Richard Sibbes Lester Willis Young (August 27, 1909 – March 15, 1959) Arguably, Young introduced an approach to improvisation that provided much of the basis for modern jazz solo conception. The impact of his style was so broad that he has been cited as a favourite by such diverse modern jazz figures as Charlie Parker, Stan Getz, and John Coltrane. Much of the West Coast “cool” style was a direct product of Lester Young’s approach, many saxophonists playing his lines note for note in their own performances. Billie Holiday called him president of tenor saxophonists, and he was known thereafter as Pres (or Prez). In contrast to many of his hard-driving peers, Young played with a relaxed, cool tone and used sophisticated harmonies, using what one critic called "a free-floating style, wheeling and diving like a gull, banking with low, funky riffs that pleased dancers and listeners alike". Known for his hip, introverted style, he invented or popularized much of the hipster jargon which came to be associated with the music. I do not own the copyright to the music, the recording and the photos. (Image post and video art were appropriated from the original album.) This video is posted for educational use under Section 17 U.S. Code § 107. Limitations on exclusive rights: Fair use. As much as possible, I attempted to remove most of the pops and crackles from the original vinyl album. Hope you enjoy. INXDS #bebop #jazzsax #vinylrecord #qouteoftheday : :