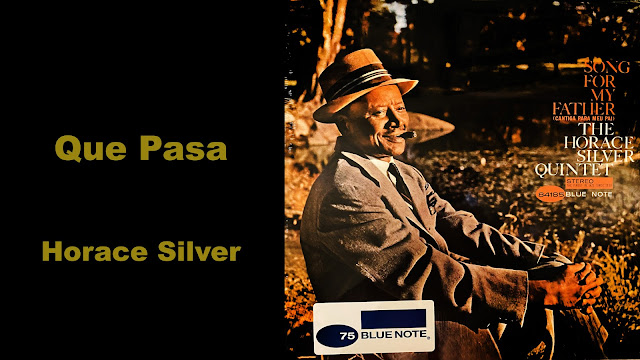 “Man is the only creature who refuses to be what he is.” - Albert Camus From the1965 album Song for My Father by the Horace Silver Quintet, released on the Blue Note label in 1965. The album was inspired by a trip that Silver had made to Brazil. The cover artwork features a photograph of Silver's father, John Tavares Silver, to whom the title composition was dedicated. "My mother was of Irish and Negro descent, my father of Portuguese origin," Silver recalls in the liner notes: "He was born on the island of Maio, one of the Cape Verde Islands. As a player, Silver transitioned from bebop to hard bop by stressing melody rather than complex harmony, and combined clean and often humorous right-hand lines with darker notes and chords in a near-perpetual left-hand rumble. Bass – Teddy Smith Drums – Roger Humphries Piano – Horace Silver Tenor Saxophone – Joe Henderson Trumpet – Carmell Jones Written-By – Horace Silver I do not own the copyright to the music, the recording and the photos. (Image post and video art were appropriated from the original album.) This video is posted for educational use under Section 17 U.S. Code § 107. Limitations on exclusive rights: Fair use. As much as possible, I attempted to remove most of the pops and crackles from the original vinyl album. Hope you enjoy. INXDS. #bebop #jazzpiano #vinylrecord #quoteoftheday : :