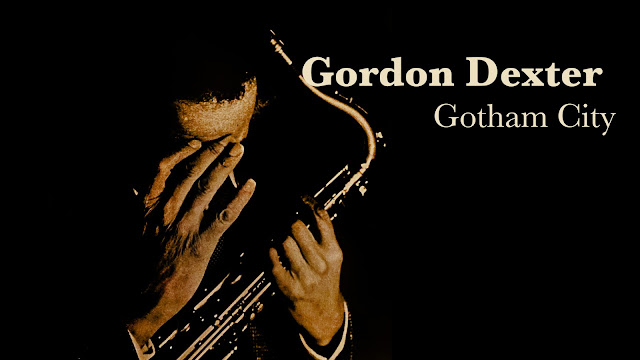 Gotham City is a jazz album by saxophonist Dexter Gordon recorded in 1980 and released by Columbia in 1981.

AllMusic Reviewer Scott Yanow's writes:  "Tenor saxophonist Dexter Gordon was still in pretty good form at the time of this later recording. The veteran great is joined by an all-star rhythm section (pianist Cedar Walton, bassist Percy Heath and drummer Art Blakey) along with guest appearances from trumpeter Woody Shaw and guitarist George Benson. Although this boppish set is rather brief (just four songs totalling around 37 minutes), the quality of the solos is quite high. "

I love George Benson's guitar playing here.  The solo is a killer.  Then, he got famous.  I think he is a better guitar player than a singer.  Should have stuck to the guitar.