Illinois Jacquet - After Hours (1975 Vinyl LP How High the Moon) 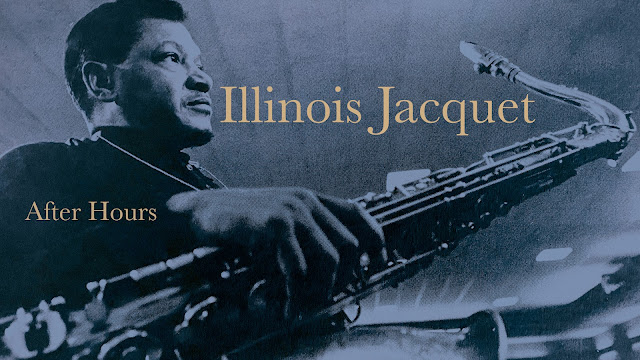 Illinois Jacquet - After Hours (1975 Vinyl LP How High the Moon)

"I always wanted to be somebody, but now I realize I should have been more specific." - Lily Tomlin

From the vinyl LP How High the Moon - a fine sampler to Jacquet's music when it was released in 1975 and it features Illinois in a variety of settings (ranging from a quartet to a mini-big band). Highlights include "Bottoms Up," "The King," "How High the Moon" and Illinois Jacquet's haunting bassoon feature on "'Round Midnight."

Although he was a pioneer of the honking tenor saxophone that became a regular feature of jazz playing and a hallmark of early rock and roll, Jacquet was a skilled and melodic improviser, both on up-tempo tunes and ballads. He doubled on the bassoon, one of only a few jazz musicians to use the instrument.