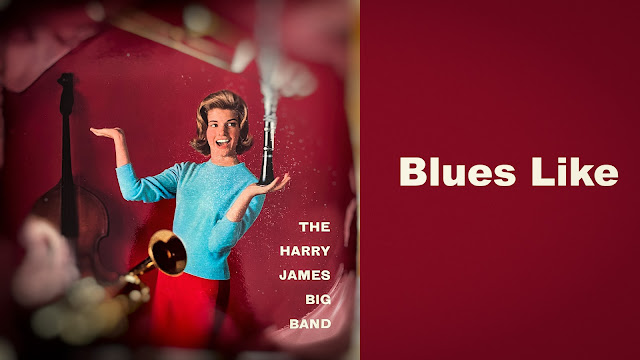 From the vinyl LP "The Harry James Band".  Don't get fooled by the hokey album cover.  The young all American Midwestern blonde -  who lives next door and whose father is the chief of police - is really a secret agent who works in the CIA.  The music is from the era of big band.

Harry Haag James (March 15, 1916 – July 5, 1983) was an American musician who is best known as a trumpet-playing band leader who led a big band from 1939 to 1946. He broke up his band for a short period in 1947 but shortly after he reorganized and was active again with his band from then until his death in 1983. He was especially known among musicians for his technical proficiency as well as his tone, and was influential on new trumpet players from the late 1930s into the 1940s. He was also an actor in a number of films that usually featured his band.

I do not own the copyright to the music, the recording and the photos.  (Image post and video art were appropriated from the original album cover.) This video is posted for educational use under Section 17 U.S. Code § 107. Limitations on exclusive rights: Fair use.