Happiness is a warm car 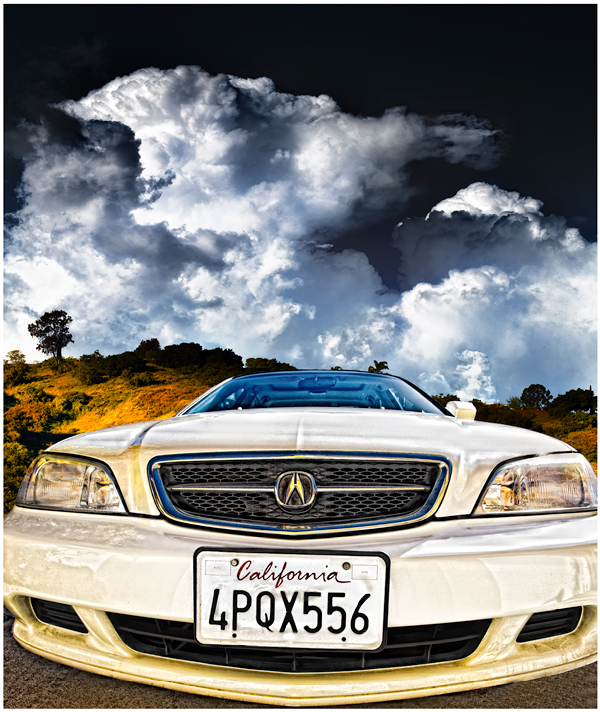 Some old cars don't die... they just get dirty.  I couldn't find a clean flashy car for a photo op so this will have to do.  It's actually very clean compared to what it was like a few days ago.  Rose took it out for a wash and wanted me to take a picture of it.  Always looking for a photo op, so I did.

My benevolent loving sister-in-law and her husband gave us this car last year.  It's a 2001 Acura TL.  About 95k miles with a major transmission problem when we got it.  It was going to cost them more to fix it than sell it.  It was on its way to charity when I was able to convince them that the best charity would be The Castros.  At that time, we were in need of a third car because Kamilah was returning to California and needed the Integra back.  (We gave her that car years ago but she never took it to Baltimore -- so we're able to use it for a while.)

So we were happy to have the Acura.  Truly God sent.

What's interesting about the car was we didn't know that it would nearly give us four heart attacks, one for me and three for Rose.  Sometimes at high speed, the clutch would disengage and the car feels like its skating out of control.  One time it went on a Limp Home Mode (LHM).  It's actually a technical term from the car manufacturer because it will literally limp on your way home as a safety feature.  The experience of driving in this mode was like riding on a wild bronco at a Texas Rodeo.  One has little control of the car once it automatically goes on that mode.  I was forced to drive it on LHM going down on a steep hill, and I began cussing myself for procrastinating in doing my last will and testament -- something I should have done a long time ago.

I think we finally got it fixed.  And now our blood pressure is not as high as it used to be.  Yes, we love this car.