Building Under Construction as Art 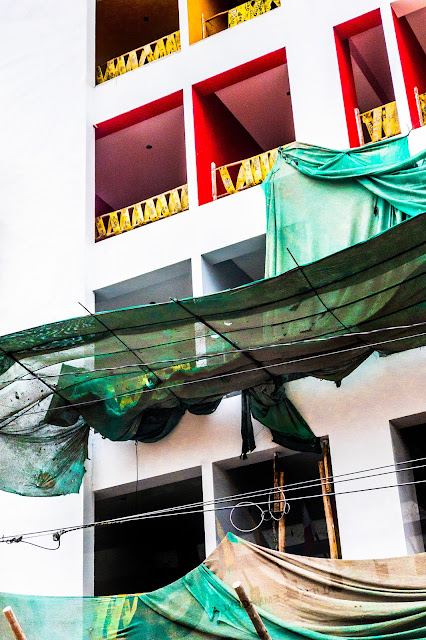 This is a modern architecture in Lima, Peru.  It was inspired by the Spanish architect Antonio Gaudi.  Just kidding.

One of the buildings under construction in urban Lima, Peru.  Maybe you think that the Peruvians have developed self-constructing architectures without any need for workers.  Not really.   It was a lazy Sunday so the workers are at church.  Well some of them.  Some are with their friends - drinking Pisco Sour.  It's similar to the Whiskey Sour.  Only that Pisco distilled from Peruvian grapes is used.  Yes, it's an alcoholic beverage.  Although the political police would like to call it adult beverage instead.  I tried the Pisco Sour and it was an acquired taste for me.  After three glasses, you acquire the taste and want some more.
Email ThisBlogThis!Share to TwitterShare to FacebookShare to Pinterest
Labels: architecture, iPhone, Lightroom Mobile, Lima, Peru, Trafalgar, travel, urban
Newer Post Older Post Home