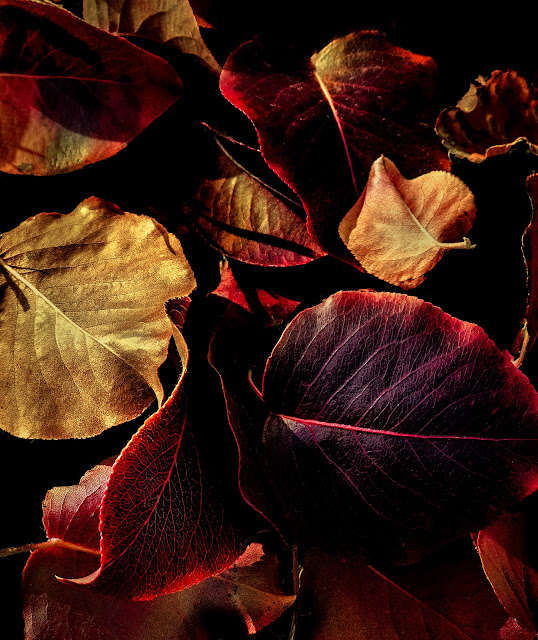 Another find at the park captured with the iPhone.  I dig the color combination and the randomness of the way the leaves have fallen.  Actually, there is no such thing as randomness.  All things behave in a particular pattern.  The artist Jackson Pollack tried to create random art by allowing the paint to drip from hanging paint cans.  No matter how hard he tried, the image would have a pattern.  It's called physics.  Realizing his failure in his attempt, he eventually committed suicide.  Even then his death was not random.