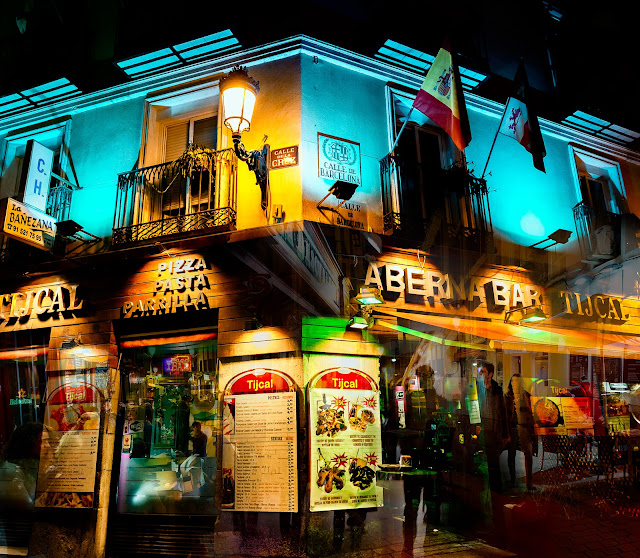 Another old image I've taken in 2014 but  never got around to edit it.  Mainly because at that time I thought it was boring.  This is in Huertas, one of the best places to find tapas bar in Madrid.  It's close to the Prado Museum.  The streets begin to get more active after nine o'clock in the evening.  I'm told that the Spaniards eat their supper around this time, and don't finish until two in the morning.  No wonder they have to take their siestas.  They always stay up late.