Nobody's Fault But Mine 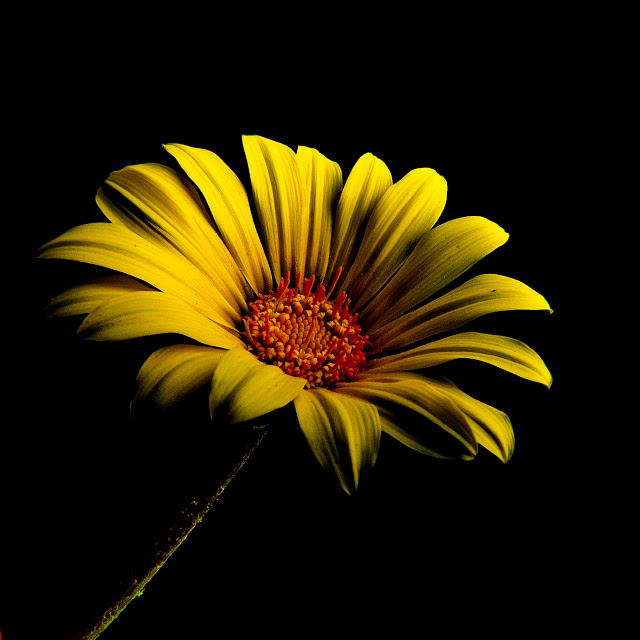 I decided to shoot in RAW format again for this very reason:  the file is malleable.  The image was shot in broad daylight and the background was originally green but in RAW it can be changed to black with ease.  Shot using my battle worn Panasonic point and shoot.  RAW file processed in Photoshop Elements.

Addendum (updated March 5, 2011):  Quite frankly, I thought this was a boring image.  I still do.  But I shared it to some friends at work and perhaps they were just being polite because all of them said they liked it.  I also posted it on Flickr and RedBubble and have received modest compliments.   Perhaps, it goes to show that what you like does not always coincide what people like.

What fascinated me about this image was the process.  Strictly speaking, light reflected on the bluish green background bounced on the plant's stem and some on the petals.  By converting the background to black, part of the plant that had the bluish green reflection also turned black. Other than that, I think the process becomes threadbare.  I guess I just get bored easily.
Email ThisBlogThis!Share to TwitterShare to FacebookShare to Pinterest
Labels: flower, macro, nature, panasonic dmc lx3, still life, techniques, test shot
Newer Post Older Post Home