A Line Drawn on Canal Street 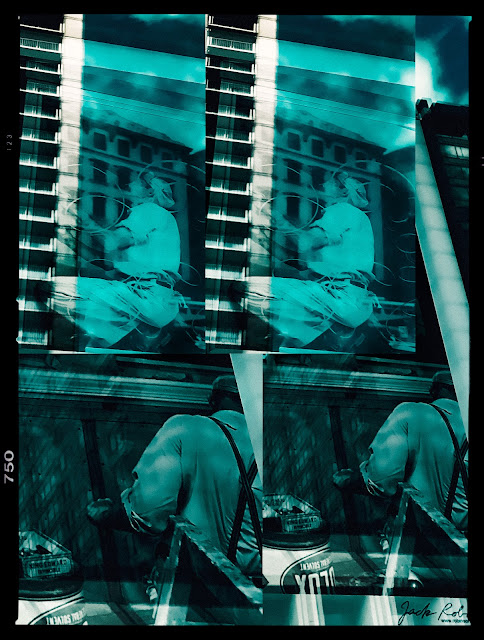 As we were going back to our hotel, I noticed these images on Canal Street in New Orleans.  The street once served as a “neutral ground” between the old families of Spanish and French descent,  and Creoles living in the Vieux Carre (now known as the French Quarter) and the newly arriving European immigrants, who preferred to settle on the other side of the street (today’s Central Business and Warehouse districts.)  I thought the image depicts that distinction.  On the upper side of the photo, one can see a double exposure of a worker of European descent.  The lower half of the photo seems to portray the original settlers.  The only problem with my assessment is that a greater part of the French Quarter is located north of Canal Street.

Image captured with the iPhone and appropriated as my own artistic version.   I do not own the copyright to the original photograph.  My apologies for not giving credit to the photographer.  My guess would be Jack Robinson.  If anyone know who took these images, please let me know. 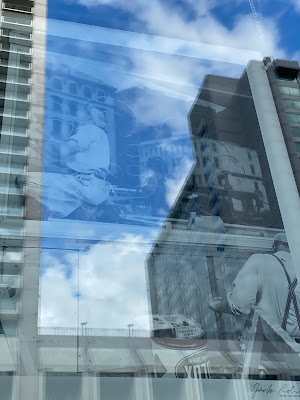 Original photo displayed on the window of a building on Canal Street.