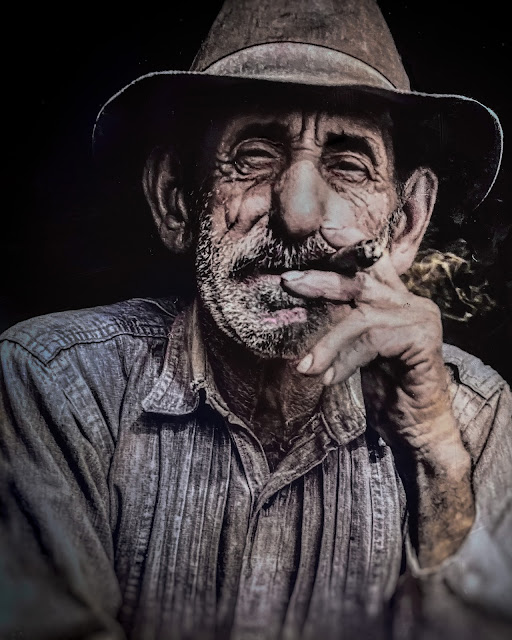 The sign says "Raphael Robin, Isleño fisherman and trapper".  Found his image in the New Orleans Jazz Museum.  Don't know much about him.  I searched the internet and could not find who he was except that he was an Isleños who worked as a fisherman and a trapper.  I'm assuming he was a trapper of alligators.  The Islenos or otherwise called the Canary Islanders were from the south of Spain.  From 1778 - 1783, approximately 2,000 Spanish Canary Islanders arrived in New Orleans: men, women, children, and infants.  Louisiana Governor Bernardo de Galvez arranged for their settlement. He positioned the newcomers at four strategic sites surrounding the port of New Orleans to defend Spain's Gulf trade routes from the English.

On the opposite side of the New Orleans Jazz Museum lies the beginning of Frenchman Street.  A few walks from the Museum, we found ourselves back to the French Quarter.  One morning we experienced the sound of live New Orleans jazz from street musicians.  We hanged out while we sipped cafe-au-lait and indulged on slices of beignet (a fancy doughnut without the hole) at Cafe Du Mounde, a semi-open cafe square.  The coffee was so-so, and the beignet was covered with powdered sugar to mask the oil from the doughnut.  Eventually, all the powdered sugar would fall into our laps, and the more we try to brush it off the more it spreads and smears all over our clothes because our fingers were all sticky with the sugar itself.  A worthwhile experience in getting a taste of the French Quarter in my opinion.