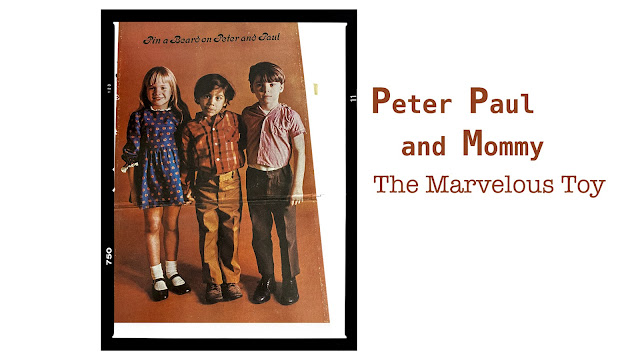 A day after my 63rd birthday, I became officially a grandfather to Devin. I know it wouldn't take long for the baby boy to grow.  I don't know what it would take to be a good granddad.  But perhaps I could share with him the music that I heard growing up as a young lad in the 60s.  Devin, this is for you. - Lolo

When I was just a wee little lad

Full of health and joy

My father homeward came one night

And gave to me a toy

A wonder to behold it was

With many colors bright

And the moment I laid eyes on it

It became my heart's delight

It went "Zip" when it moved

The first time that I picked it up

I had a big surprise

'Cause right on the bottom were two big buttons

I first pushed one and then the other

Then I twisted its lid

And when I set it down again

Here is what it did

It went "Zip" when it moved

It first marched left and then marched right

Then marched under a chair

And when I looked where it had gone

It wasn't even there

I started to cry, but my daddy laughed

'Cause he knew that I would find

When I turned around my marvelous toy

Would be chugging from behind

"Zip" when it moved

The years have gone by too quickly it seems

I have my own little boy

And yesterday I gave to him

His eyes nearly popped right out of his head

And he gave a squeal of glee

Neither one of us knows just what it is

It still goes "Zip" when it moves

And "Bop" when it stops

And "Whirrr" when it stands still

Peter, Paul and Mommy, released on Warner Bros. in 1969, is the trio Peter, Paul and Mary's first children's album. It contains hits like "Puff the Magic Dragon", among others. The album reached No. 12 on Billboard's Top LPs chart. The single "Day is Done" reached number 7 on the Easy Listening chart and number 21 on the Pop Singles chart.  At the Grammy Awards of 1970, Peter, Paul and Mommy won the Grammy for Best Recording for Children.

According to Paul Stookey, the album grew naturally from the fact that all the previous albums the trio had released contain at least one children's song. The album contains new songs as well as some songs they had previously recorded. Songs such as "It's Raining" and "Puff (The Magic Dragon)", found on earlier albums, were re-recorded for the album with a backing children choir. The single "Day is Done", written by Peter Yarrow, is also a different recording from the one on the album. "The Marvelous Toy" and "Going To The Zoo" are songs by Tom Paxton.

Peter, Paul and Mary were an American folk group formed in New York City in 1961, during the American folk music revival phenomenon. The trio was composed of tenor Peter Yarrow, baritone Paul Stookey and contralto Mary Travers. The group's repertoire included songs written by Yarrow and Stookey, early songs by Bob Dylan, as well as covers of other folk musicians. They were enormously successful in the early and mid 1960s, with their debut album topping the charts for weeks, and helped popularize the folk music revival.

All posts are rendered in old school using restored vinyl LPs.  Unless noted, this channel does not use recordings from CDs.  As much as possible, I attempted to remove most of the pops and crackles from the original vinyl album.  Some remastering was applied to make the performance cut through within the confines of  the loudness wars.