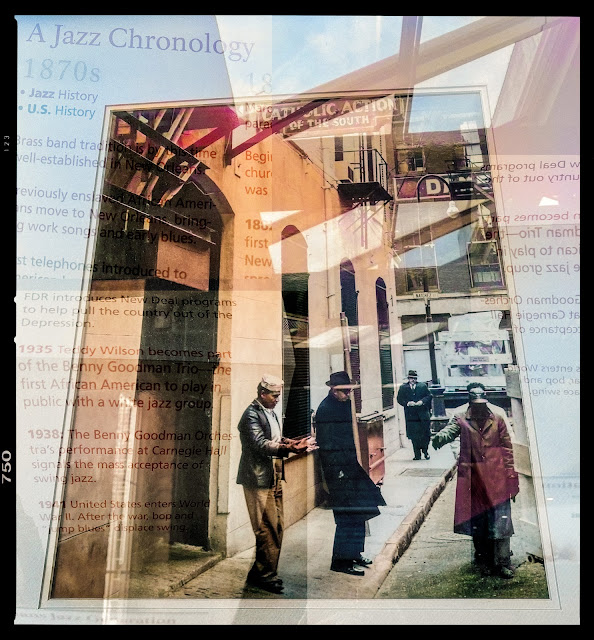 My first real post this year.  It's not even my own image but I appropriated it from an unknown photographer.  It was displayed in an obscured corner outside the elevator of the hotel where we stayed for a few days.  A small caption described its location: Corner Of Picayune Place & Natchez St.  Shot in sepia with a film camera in 1962.  Captured "as-is" with my iPhone on our first day here in 2022.

We were in NOLA or "New Awleans" as the locals would say.  First time here. I love it.  Arguably, the birthplace of jazz and blues.  Two music genres that I am passionate about.  Most of what can be said about the city can be read in the internet.  So I'll spare the details.  One thing that I haven't read but did observe was the smell of the city.  It's been years after Katrina but I think the city is still striving to bounce back.  The streets have a funky smell.  Not offensive though.  Probably left behind from the terrible hurricane and flooding.  Although at times I can smell hemp or smoke from cannabis.

The city has its own share of the homeless and the unwanted, some people conversing and shouting at nobody, some people singing out loud by themselves.  It was all right by me.  I felt safe.

One day, we ordered soft shell crab at Antoine's down in St Louis Street, a high class joint in my opinion.  Why do I think it's high class?  Well, have you had a waiter who sweeps off the crumbs on your table every 10 minutes?  The waiters were super friendly.  I started to call one of the waiters "Brother".  He said that was his name.  He had an assistant who was trying too hard to please.  He was the guy with the brush to make sure your table was always clean and neat.  He didn't do it on every table.  I suppose he can sense who were the big tippers.

Anyway, I digress.  Back to the soft shell crab.  I asked Brother how it was prepared.  He said, "yoo jaz eat da whoo thang."  I thought he was joking.  Then he goes, "no, no ... you eat the entire thing including the shell."  Well, he got me convinced so we tried it.  "Different yet delightful," I told him.  He chuckled back.  Later on, I felt nervous.  I hoped there would be enough acid in my guts to digest what I ate.

We also tried their French Artichoke soup.  I don't think I've ever eaten that much fibers in my life.  I believe they didn't waste any leaves from the artichoke.  Maybe they included the stem as well.  I didn't expect this but the soup was like a cup of slurry that the fibers began sticking in between my teeth.  Wondering how Rose was doing.  Oh no, she cheated.  I noticed tons of fibers she spitted out on her plate.  I thought we were supposed to eat everything. 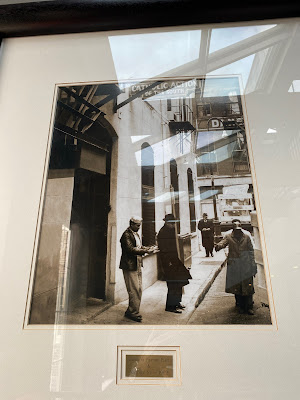