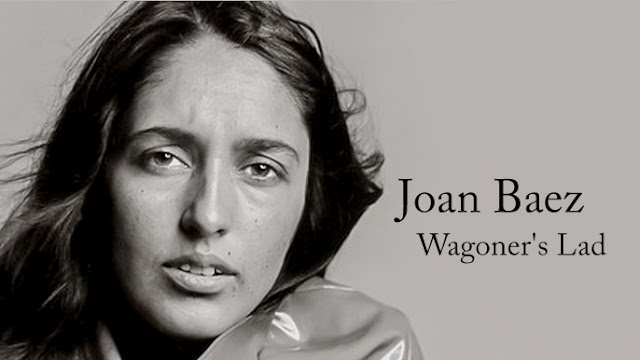 Oh, hard is the fortune of all woman kind

Controlled by her parents until she's a wife

A slave to her husband the rest of her life

Oh, I'm just a poor girl my fortune is sad

I've always been courted by the wagoner's lad

He's courted me daily, by night and by day

My parents don't like him because he is poor

They say he's not worthy of entering my door

He works for a living, his money's his own

And if they don't like it they can leave him alone

Your horses are hungry, go feed them some hay

Then sit down near by me as long as you may

My horses ain't hungry, they won't eat your hay

So fare thee well darlin I'll be on my way

Your wagon needs greasing your whip is to mend

Then sit down beside me as long as you can

My wagon is greasy, my whip's in my hand

So fare thee well darlin, no longer to stand

From the the Joan Baez Ballad Book, a 1972 compilation of traditional folk material, culled from Joan Baez' first five Vanguard albums. Though Ballad Book has since been supplanted by the reissue of most of Baez' original Vanguard catalog, for a number of years, it remained the only source to obtain a number of these cuts, as most of her early Vanguard albums temporarily went out of print in the early 1980s.

Joan Chandos Baez  (born January 9, 1941) is an American singer, songwriter, musician, and activist.  Her contemporary folk music often includes songs of protest and social justice.   Baez has performed publicly for over 60 years, releasing over 30 albums. Fluent in Spanish and English, she has also recorded songs in at least six other languages.

Baez is generally regarded as a folk singer, but her music has diversified since the counterculture era of the 1960s and encompasses genres such as folk rock, pop, country, and gospel music. She began her recording career in 1960 and achieved immediate success.

I do not own the copyright to the music, the recording and the photos.  (Images on this video were appropriated from News.Gr.) This video is posted for educational use under Section 17 U.S. Code § 107. Limitations on exclusive rights: Fair use.