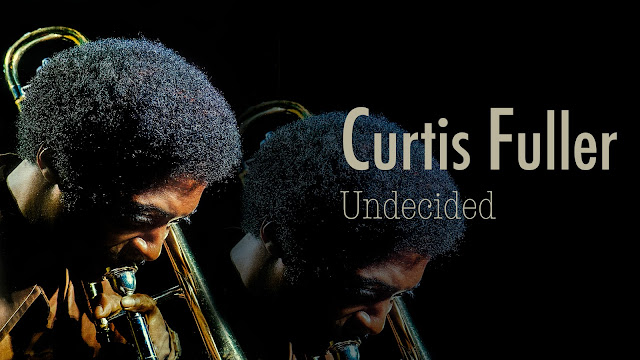 "I go out to the kitchen to feed the dog, but that's about as much cooking as I do." - Betty White

Blues-ette is an album by American trombonist Curtis Fuller recorded in 1959 and released on the Savoy label.

The Allmusic website awarded the album 4½ stars stating "Sessions in any genre of music are all too often described as "sublime," but seldom has that description been better deserved than with this relaxed hard bop classic... Any serious jazz collection is incomplete without this record. Period".

Curtis DuBois Fuller (December 15, 1932 – May 8, 2021) was an American jazz trombonist. He was a member of Art Blakey's Jazz Messengers and contributed to many classic jazz recordings.

Fuller's  father had emigrated from Jamaica and worked in a Ford automobile factory, but he died from tuberculosis before his son was born. His mother, who had moved north from Atlanta, died when he was 9. He spent several years in an orphanage run by Jesuits. He developed a passion for jazz after one of the nuns there brought him to see Illinois Jacquet and his band perform, with J. J. Johnson on trombone.

Fuller attended a public school in his hometown, together with Paul Chambers, Donald Byrd, Tommy Flanagan, Thad Jones, and Milt Jackson. There, he took up the trombone when he was sixteen - studying under Johnson.

I do not own the copyright to the music, the recording and the photos.  (Image post and video art were appropriated from the original LP.)  This video is posted for educational use under Section 17 U.S. Code § 107. Limitations on exclusive rights: Fair use.