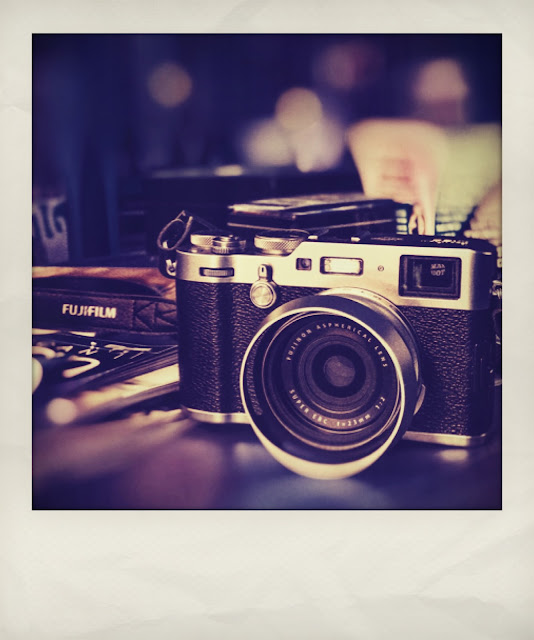 Does the environment look like a messy home of an artist?  I could say that I am really fortunate that Rose rarely calls me on my mess.  Unless we have visitors coming.  This is why the closet  was invented.

I thought I would write something about my current go-to camera.  Years ago, I gave the original X100 to Rose, and I would occasionally use it. It was a great camera but with some quirks.  The focusing was slow.  Lightroom didn't support its native format.  Still, it was better than other cameras I have.

Seven years later, I bought the X100F for myself.  I dig this camera.  It has twice the sensor capacity of the original X100.  And now too, Lightroom supports the image format.  The raw conversion is no longer crappy like it was before.  Focusing is slightly better.  But most importantly, the coolness factor is still there.  Timeless.

It doesn't have an interchangeable lens but the 35mm equivalent 23mm at f/2 is powerful and useable for the photos I take.  It has an in-camera tele that I have played around with and the results are acceptable.  Though I am not planning to use that feature regularly,  it's good to have it.  What I also like about it is a built-in ND filter so I can shoot wide open when the sun is very bright.

I have an old wide angle lens that can adapt to the X100F.  It converts the lens to 28mm equivalent.  But it makes the entire camera bulky, which defeats the purpose I bought it - for travel.  I used that on Rose's original X100, which I got in 2010.

At times I regretted buying a camera or a lens, and have experienced buyer's remorse afterwards.  This is not one of them.
Taken with the iPhone 7 plus.