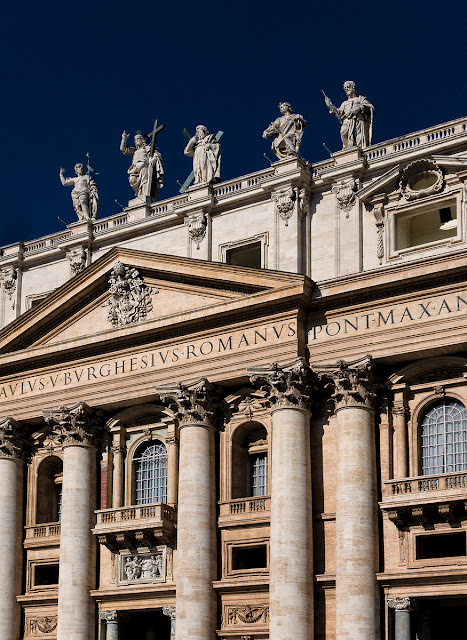 I had begun to go over my images from Italy, and finding a lot of garbage and some gems.  The RAW image of this one kind of stuck out so I decided to process it today.

Apparently, there are statues missing in the church because some of the saints have walked away.  Could it be that they became Protestants?

The Papal Basilica of St Peter in the Vatican is an Italian Renaissance church in Vatican City, the papal enclave within the city of Rome.  It is one the most renowned works of Renaissance architecture and the largest church in the world. Catholic tradition holds that the Basilica is the burial site of St Peter, one of Jesus's Apostles and also the first Pope.

Can you pick out which one is St Peter?