Trees along the Streams of Blarney 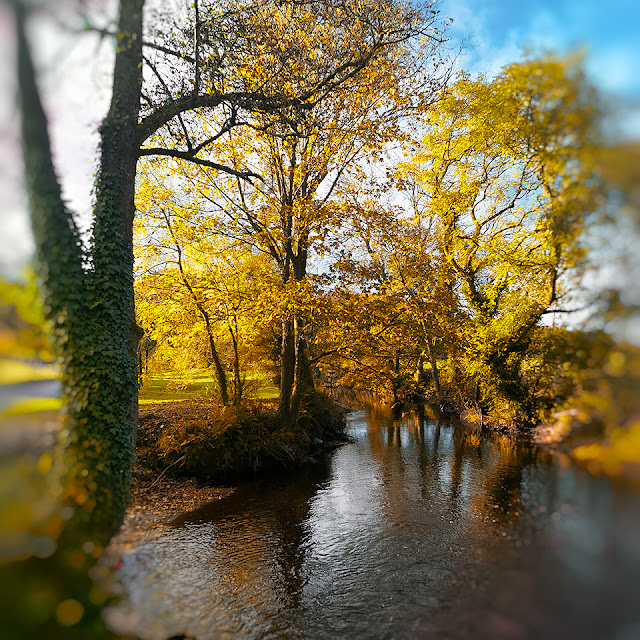 I couldn't get back to sleep this morning because Mimi wanted to have her breakfast already.  That was at 4:30 in the morning.  So I fed her and gave her the medicines she always take in the morning.  Then I decided to do what I like to do.  Edit pictures.

Some people will remember the word "blarney".  It has come to mean "clever, flattering, or coaxing talk".  According to legend, kissing the stone at the Blarney Castle endows the kisser with the gift of gab.

While folks in our tour group went up to the top of the castle to kiss the stone (Rose included), I was more interested in what surrounded the castle.  Such is the stream close by.

I have a love and hate relationship with this image.  Maybe that is why I never bothered to edit it until now.  I have taken this photo on November of 2016 while standing on a bridge.

On one hand, I love how the water starts to flow peacefully from its vanishing point, and gradually becomes more vigorous as it reaches the foreground.  On the other hand, the tree that branches out on the left side of the image rubs me the wrong way.  Well, sometimes it does.  But that's nature.  I tried to clone it out in poor-production but it only made it look fake.

Taken with the 14mm lens on the Fujifilm xe-1.  Image cropped a bit to show some intimacy (or is that the word I'm thinking?)