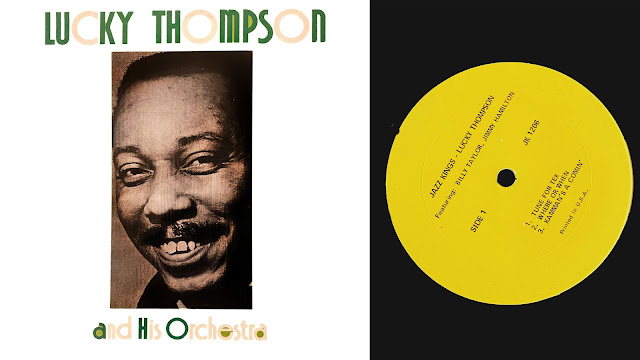 "In the end, the love you take is equal to the love you make." - Paul McCartney From the vinyl album Jazz Kings: Lucky Thompson, tenor sax Jimmy Hamilton, clarinet Billy Taylor, piano Sidney Gross, guitar Oscar Pettiford, bass Osie Johnson, drums In late 1945, one of Lucky Thomson's gig in Los Angeles was a member of the Dizzy Gillespie Bebop Six. He was hired because of the erratic habits of the co-star, Charlie Parker. During 1946 and '47, Lucky was the most requested tenor man in the L.A. area. He was the first major jazzman to adopt the soprano saxophone - predating John Coltrane. I do not own the copyright to the music, the recording and the photos. (Image post and video art were appropriated from the original album.) This video is posted for educational use under Section 17 U.S. Code § 107. Limitations on exclusive rights: Fair use. As much as possible, I attempted to remove most of the pops and crackles from the original vinyl album. Hope you enjoy. INXDS. #jazzsax #bebop