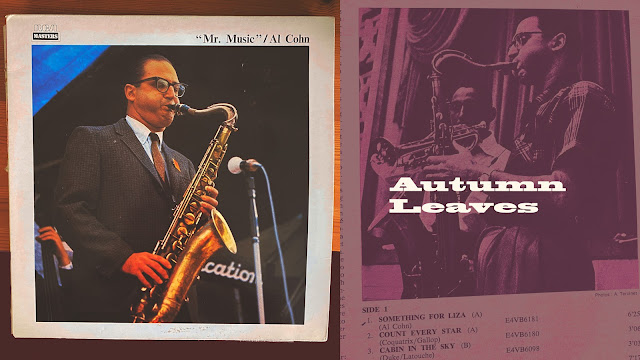 "Autumn Leaves" is a popular song and jazz standard composed by Joseph Kosma with original lyrics by Jacques Prévert in French, and later by Johnny Mercer in English. It’s one of the most covered jazz piece. Generations of artists from Miles Davis to Eric Clapton have covered this song.

From the album Mr. Music, recorded in December 23, 1954 in New York City for the RCA Victor label.

Al Cohn (November 24, 1925 – February 15, 1988) was an American jazz saxophonist, arranger and composer. He came to prominence in the band of clarinetist Woody Herman and was known for his longtime musical partnership with fellow saxophonist Zoot Sims.