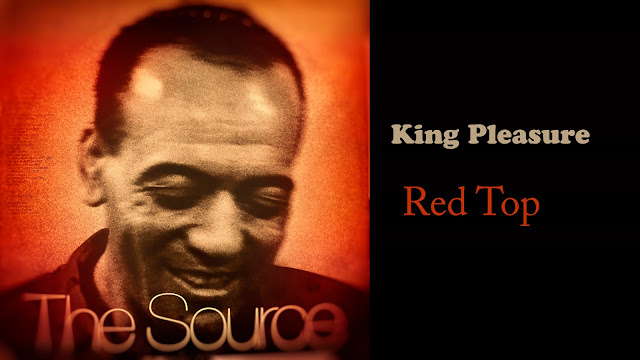 "Even if I knew that tomorrow the world would go to pieces, I would still plant my apple tree." - Martin Luther King Pleasure (March 24, 1922 – March 21, 1982) was a jazz vocalist and an early master of vocalese, where a singer sings words to a famous instrumental solo. Born as Clarence Beeks in Oakdale, Tennessee, he moved to New York City in the mid-1940s working as a bartender and became a fan of bebop music. The song here - King Pleasure's Red Top - recorded December 12, 1953 appears on the album The Source. King Pleasure, Betty Carter - vocals Ed Lewis - trumpet Charlie Ferguson - tenor sax Ed Swanston - piano Peck Morrison - bass Herbie Lovelle - drums I do not own the copyright to the music, the recording and the photos. (Image post and video art were appropriated from the original album.) This video is posted for educational use under Section 17 U.S. Code § 107. Limitations on exclusive rights: Fair use. As much as possible, I attempted to remove most of the pops and crackles from the original vinyl album. Hope you enjoy.