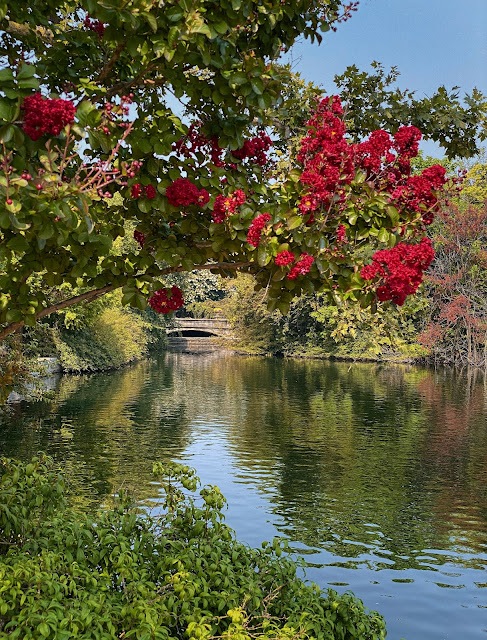 Second day in Nashville, Tennessee. The weather was the same as when we left Georgetown, Texas.  It was hot, hot and very hot. Humidy was so high that you wonder whether you were wet from perspiration or there was so much water in the air.   I overheard a man from Philly saying, "Oh boy... I sure ain't gonna miss this weather."

This is Lake Watauga, Centennial Park. It is a man-made lake, built for the Tennessee Centennial Exposition.  It was held in Nashville in 1897 to celebrate Tennessee's one-hundredth anniversary of statehood.  During the celebration, gondolas were a feature with native gondoliers from Venice, Italy. There was a replica of Venice's Rialto Bridge on the lake. Lake Watauga lies at the foot of the terrace in Centennial Park which is crowned by a full-scale replica of the original Greek Parthenon. Lake Watauga was named in honor of the first settlers of Tennessee who were known as the Watauga or Cumberland settlers.