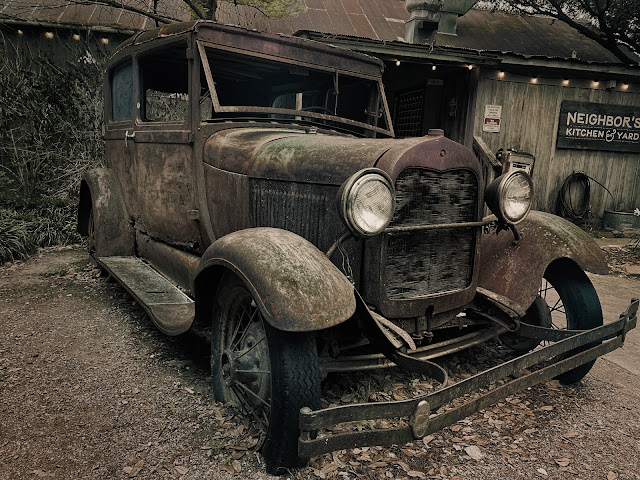 The title has nothing to do with the image.  It was the first thing that popped in my head when I started posting today.  The post's title is based on an old 60s fantasy television sitcom "My Mother the Car".  The premise features a man whose deceased mother is reincarnated as an antique car, and she communicates with him through the car radio.  But that 's beside the point.

The image of the car was captured while we were sauntering on one of the cool streets of Bastrop, Texas.  The car is probably a 1932 Ford.   Who knows?