In an Octopus' Garden in the Shade 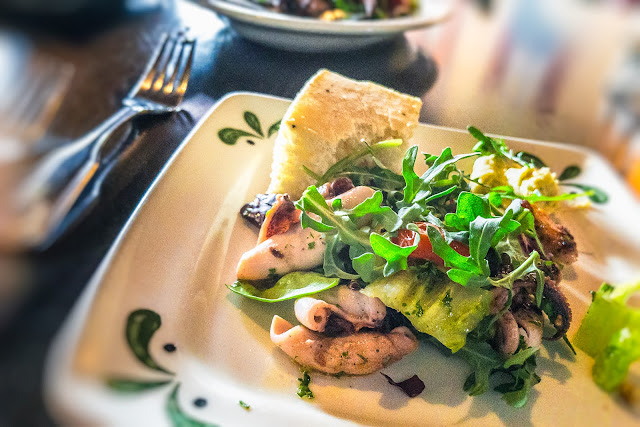 
He'd let us in, knows where we've been
In his octopus' garden in the shade - Octopus’s Garden, Richard Starkey


The idea of “Octopus’s Garden” came to Ringo Starr when he was on comedian Peter Sellers' boat in Sardinia in 1968. Starr ordered fish and chips, but the waiter mistakenly gave him squid, a first time for him, and he said of it, “It was okay. A bit rubbery. Tasted like chicken.” The captain went on to tell Starr about how octopuses travel along the seabed picking up stones and other shiny objects and create gardens with them.
Email ThisBlogThis!Share to TwitterShare to FacebookShare to Pinterest
Labels: food, iPhone, Lightroom Mobile, still life
Newer Post Older Post Home