Once Upon a Swiss Time 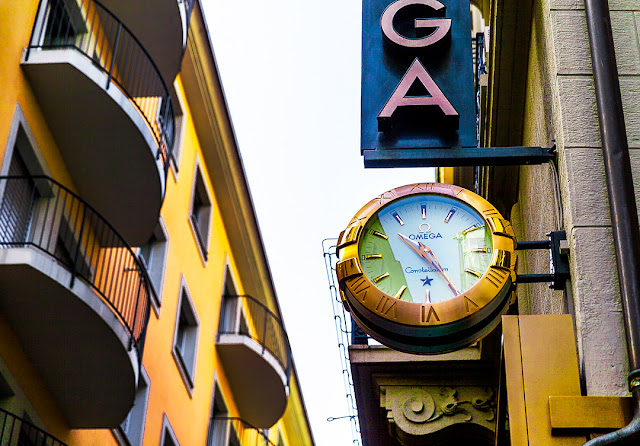 The Protestant Reformation not only produced the doctrines of Sola Scripture, Sola Gratia and Sola Fide.  It also produced the world renowned Swiss Watches.  The Italians who held to the tenets of Protestant Christianity fled to Switzerland to escape the persecution of the Roman Church.  The great French Reformer John Calvin wanted the Italians to be useful.  As it turns out that most of these Italians were jewelers back in Italy.  So he told them to make watches, which became to be the best in the world.

Taken while in Lugano.  Almost on every block, one can find watches on the side of the building.  I thought they make for great photo op.