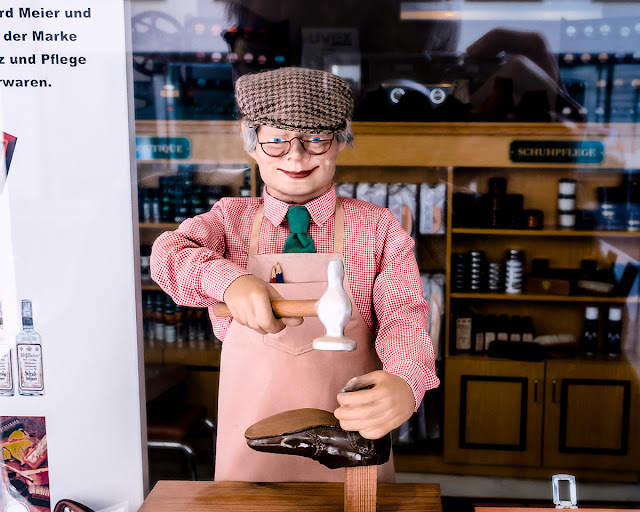 This industrious shoemaker kept working on the shoe like clockwork - almost the entire day.  I never saw him took a break.  The Swiss are known for being very hard working people, and their work ethic is impeccable, which is the influence of the Swiss Protestant Reformer Swingli, who began the reformation in Switzerland during the 1500s.

Taken at Bern, the de facto capital city of Switzerland.