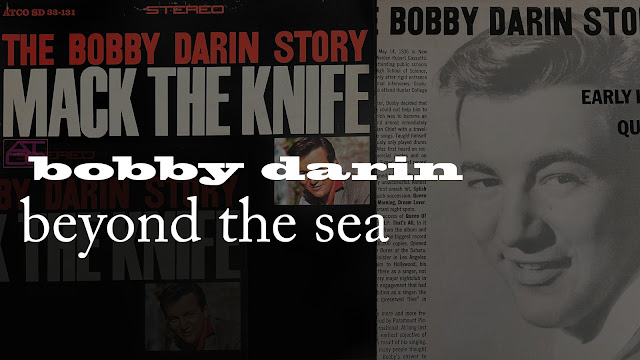 "The blues - the sound of a sinner on revival day." - William Christopher (WC) Handy The Bobby Darin Story is a 1961 compilation album by American singer Bobby Darin, featuring narration by Darin himself. The master plates of several versions of this release contained Darin's autograph in the trail off section of the vinyl on side two. Darin's career took off with a songwriting partnership, formed in 1955 with Don Kirshner, whom he met at a candy store in Washington Heights. (Yes, the same Don Kirshner who was best known for managing songwriting talent as well as successful pop groups like Kansas.) I do not own the copyright to the music, the recording and the photos. (Image post and video art were appropriated from the original album.) This video is posted for educational use under Section 17 U.S. Code § 107. Limitations on exclusive rights: Fair use. As much as possible, I attempted to remove most of the pops and crackles from the original vinyl album. Hope you enjoy. INXDS. #bebop #jazz #vinylrecord #qouteoftheday