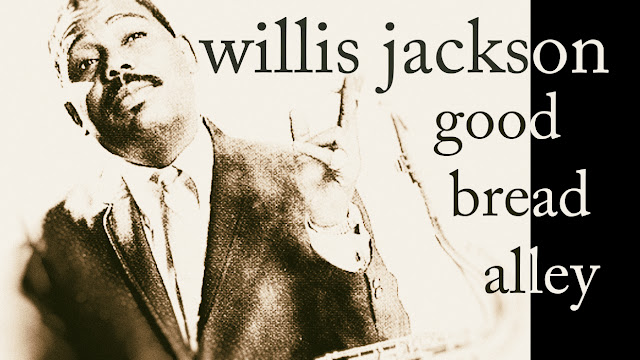 "True terror is to wake up one morning and discover that your high school class is running the country." - Kurt Vonnegut The music is from the album Gatorade by saxophonist Willis Jackson. It was recorded in August 1971 and first released on the Prestige label. • Willis Jackson – tenor sax • Carl Wilson – organ • Boogaloo Joe Jones – guitar • Jerry Porter – drums • Buddy Caldwell – conga Willis "Gator" Jackson (April 25, 1932 – October 25, 1987) was an American jazz tenor saxophonist. Jackson joined Duke Ellington alumnus Cootie Williams's band in 1949 as a teenager, after being discovered by Eddie Vinson. During the 1950s Jackson participated in R&B and jazz recordings, primarily as a session musician. Jackson joined Prestige Records in 1959, making a string of jazz albums that proved to an influence on the burgeoning soul jazz movement. During this era, Jack McDuff and Pat Martino became famous through association with Jackson. Jackson's main influences were Lester Young and Illinois Jacquet. I do not own the copyright to the music, the recording and the photos. (Image post and video art were appropriated from WBSS Media.) This video is posted for educational use under Section 17 U.S. Code § 107. Limitations on exclusive rights: Fair use. As much as possible, I attempted to remove most of the pops and crackles from the original vinyl album. Hope you enjoy. INXDS. #bebop #jazzsaxophone #vinylrecord #qouteoftheday