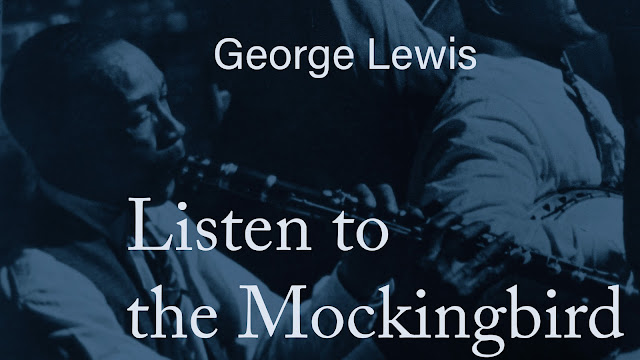 "As long as we live, there is never enough singing." - Martin Luther From the 1966 album, Jazz at Preservation Hall 4: The George Lewis Band of New Orleans, Atlantic Recording Corporation Banjo – Emanuel Sayles Bass – Alcide "Slow Drag" Pavageay), "Papa John" Joseph Clarinet – George Lewis Drums – Joe Watkins Piano – Snookum Russell Trombone – Jim Robinson Trumpet – Avery "Kid" Howard George Lewis (born Joseph Louis Francois Zenon, July 13, 1900 – December 31, 1968), an American jazz clarinetist who achieved his greatest fame and influence in the later decades of his life. In 1944 Lewis was injured while working on the docks. A heavy container nearly crushed his chest. He practiced while convalescing in bed at his St. Phillips Street home in the French Quarter. His friends, banjoist Lawrence Marrero and double bassist Alcide Pavageau, brought their instruments to his bedside. Bill Russell brought his portable recorder and they recorded "Burgundy Street Blues", improvised blues song that was to become the Lewis signature piece. I do not own the copyright to the music, the recording and the photos. (Image post and video art were appropriated from a photograph by Stanley Kubrick, published in "Look" Magazine, 6 June, 1950.) This video is posted for educational use under Section 17 U.S. Code § 107. Limitations on exclusive rights: Fair use. As much as possible, I attempted to remove most of the pops and crackles from the original vinyl album. Hope you enjoy. INXDS. #ragtime #NewOrleansjazz #vinylrecord #qouteoftheday