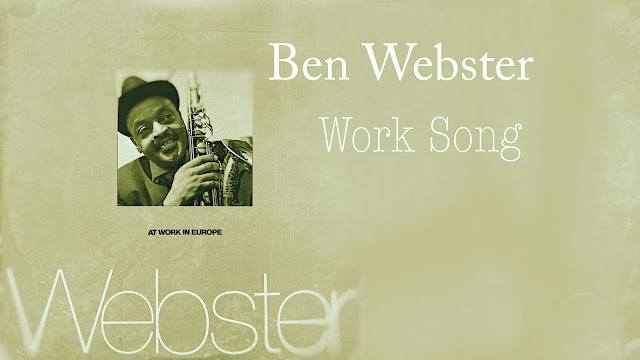 "You have enemies? Good. That means you've stood up for something, sometime in your lifel." - Winston Churchill

From the compilation album At Work in Europe

During the course of a long and musically illustrious career, the late Ben Webster (born in Kansas City on February 27, 1909; died in Copenhagen, Denmark on September 20, 1973) earned a very high all-time ranking among tenor men. Certainly among “mainstream” performers he can be rated not at all far behind the Unquestioned Number One, Coleman Hawkins. However, as with many other jazz greats, public recognition and financial success were much less than his stature would seem to have warranted. Consequently, Webster spent the last decade of his life in Europe, where right up until the end he continued to create such rich, valid jazz as is heard here. (liner notes from the album)