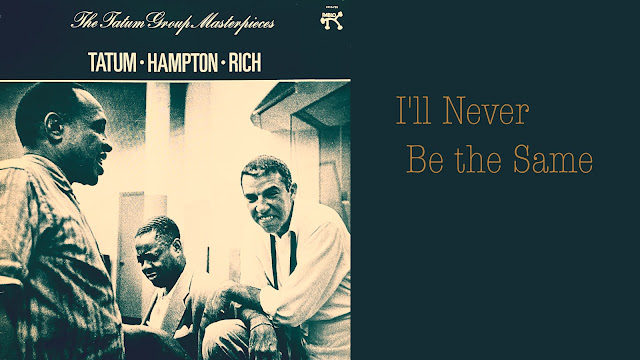 "Being a woman is a terribly difficult task, since it consists principally in dealing with men." - Joseph Conrad

The song was composed by Cole Porter. He claimed that “What Is This Thing Called Love?” with its innovative alternating major and minor key changes, was inspired by a Moroccan native dance.

Arthur Tatum Jr. (/ˈteɪtəm/, October 13, 1909 – November 5, 1956) was an American jazz pianist who is widely regarded as one of the greatest in his field. From early in his career, Tatum's technical ability was regarded by fellow musicians as extraordinary. Many pianists attempted to copy him; others questioned their own skills after encountering him, and some even switched instruments in response. In addition to being acclaimed for his virtuoso technique, Tatum extended the vocabulary and boundaries of jazz piano, and established new ground in jazz through innovative use of reharmonization, voicing, and bitonality. Lionel

Leo Hampton (April 20, 1908 – August 31, 2002) was an American jazz vibraphonist, pianist, percussionist, and bandleader. Hampton worked with jazz musicians from Teddy Wilson, Benny Goodman, and Buddy Rich, to Charlie Parker, Charles Mingus, and Quincy Jones. In 1992, he was inducted into the Alabama Jazz Hall of Fame, and he was awarded the National Medal of Arts in 1996.

Bernard "Buddy" Rich (September 30, 1917 – April 2, 1987) was an American jazz drummer and bandleader. He is considered one of the most influential drummers of all time.