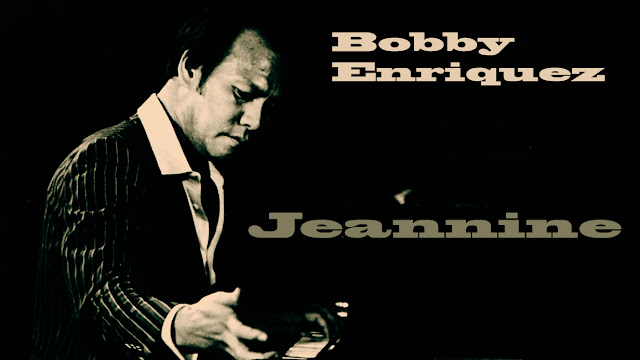 "When you enter a room, you have to kiss his ring. I don't mind, but he has it in his back pocket." - Don Rickles

Pianist Bobby Enriquez (1943-1996) became known to international audiences through his work with Richie Cole and through a series of recordings for GNP Crescendo. His idiosyncratic and energetic performance style earned him the epithet ‘Wild Man’. He was born in Bacolod on the island of Negros in the Philippines. He was performing professionally from the age of 12, much to the chagrin of his mother, who banned him from playing the piano, in order to focus his attentions on school. Following expulsions from a number of schools, Enriquez chose to run away from home, and he moved to Manila. where he played in local jazz groups and teamed up with the peripatetic clarinetist Tony Scott.

Spells in Hong Kong, Taiwan and from 1964 in Japan, gave Enriquez the opportunity to work with acclaimed bandleaders like Tito Puente, Chico Hamilton and Lionel Hampton.  Richie Cole heard him performing and invited the pianist to join his band. They recorded The Wild Man Meets the Madman together in 1981 for GNP Crescendo.

The same year, he released his debut album as a bandleader, made with musicians of the calibre of Mexican bassist Abraham Laboriel, Peruvian drummer Alex Acuña, and Americans Poncho Sanchez (conga), Harvey Mason (drums) and Chuck Domanico (bass).

After becoming a born-again Christian in 1993, Enriquez largely restricted his performances to church settings. He died in 1996 of a pulmonary embolism.