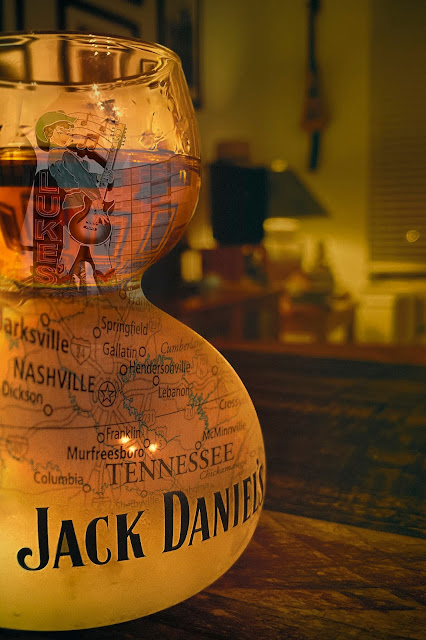 No, this unusual glass is not a sand timer, or an egg cup.  The most popular story of the origin comes from Jack Daniel Distillery.  There, a traveling salesman wagered with Mr Daniel that he could make whiskey stand on water.  Mr Daniel accepted the challenge and offered his prized Tennessee whiskey.  The salesman pulled out this unusual glass, filled the bottom chamber with water and the top with whiskey, and won the bet.   Jack Daniel was so impressed that he bought the glass and named it Chaser Jigger.
The whiskey glass is real.  The whiskey on top is not Jack Daniel but Jamerson.  The young lady guitarist from Luke's 32 and the map of Tennessee were added in post for effect.