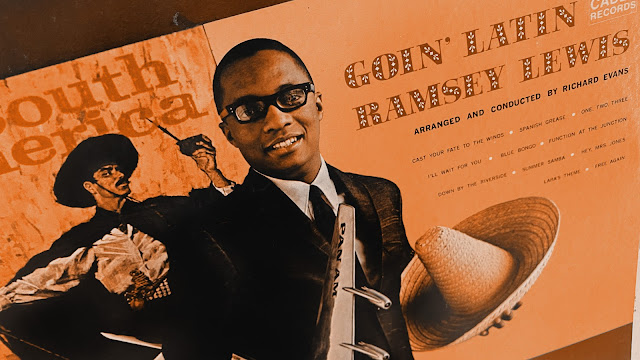 "Better to fight for something than live for nothing." - George S. Patton

From the album Goin' Latin, a studio jazz LP with Latin percussion and style by Ramsey Lewis which was released on Cadet Records in 1967. The album reached number 2 and number 16 on the Billboard Black and Jazz Albums Charts.

Ramsey Emmanuel Lewis Jr. (born May 27, 1935) is an American jazz composer, pianist and radio personality. Lewis has recorded over 80 albums and has received five gold records and three Grammy Awards so far in his career.