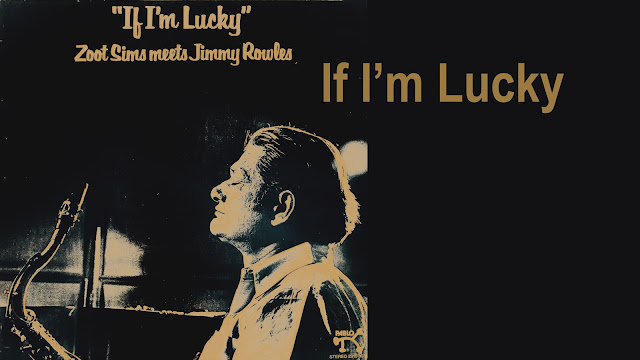 "Ships that pass in the night, and speak each other in passing, only a signal shown, and a distant voice in the darkness; So on the ocean of life, we pass and speak one another, only a look and a voice, then darkness again and a silence." - Henry Wadsworth Longfellow

From the vinyl LP "If I'm Lucky" - an album by saxophonist Zoot Sims with pianist Jimmy Rowles, recorded in 1977 for the Pablo label.