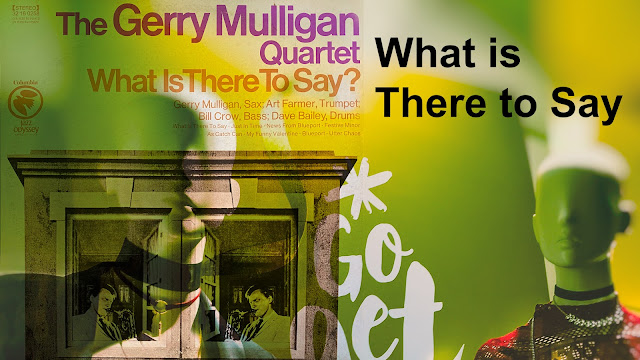 "All truths are easy to understand once they are discovered; the point is to discover them." - Galileo Galilei

Allmusic's Scott Yanow states about this album: "The last of the pianoless quartet albums that Gerry Mulligan recorded in the 1950s is one of the best", and observes that "Virtually every selection is memorable, with 'What Is There to Say,' 'Just in Time,' 'Festive Minor,' 'My Funny Valentine,' and 'Utter Chaos' being the high points".

Gerald Joseph Mulligan (April 6, 1927 – January 20, 1996), also known as Jeru, was an American jazz saxophonist, clarinetist, composer and arranger. Though primarily known as one of the leading jazz baritone saxophonists—playing the instrument with a light and airy tone in the era of cool jazz—Mulligan was also a significant arranger, working with Claude Thornhill, Miles Davis, Stan Kenton, and others. His pianoless quartet of the early 1950s with trumpeter Chet Baker is still regarded as one of the best cool jazz groups. Mulligan was also a skilled pianist and played several other reed instruments. Several of his compositions, such as "Walkin' Shoes" and "Five Brothers", have become standards.